A recent poll conducted by the Beacon Research group for the ACLU of Virginia showed strong support (65%) for a guaranteed right to vote for all Virginia citizens 18 and older.  This remains virtually unchanged from when a similar poll was done in December of 2019.

Beacon Research tested supporter, opposition and balanced messaging, and after hearing the balanced messaging, 51% of those surveyed still continued to back universal suffrage. By a narrow margin, 37% versus 30% of voters are more likely to vote for a legislator who supports the universal right to vote, especially younger voters, Black voters and those in some closely watched Senate districts. The research showed that eight out of 10 voters think the status quo needs a change, and there is significant support for the bolder of the two options that would not only restore people’s rights but ensure that the racist practice of felony disenfranchisement is repealed. Beacon Research sampled 1,000 Virginia voters using an online panel on February 6-8. The sample was weighted to ensure that the sample reflects the demographics of the Virginia electorate, resulting in a margin of error of +3% at a confidence level of 95% for the entire sample, and a slightly higher margin for the subgroups. 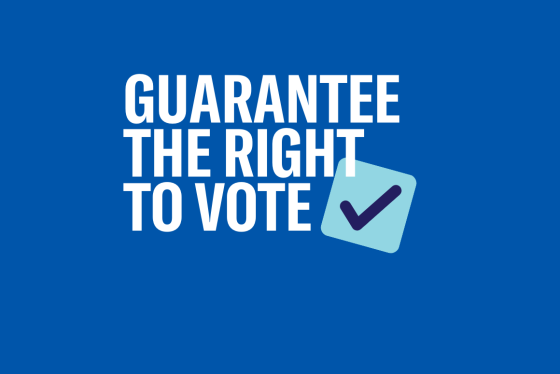 Do police and prisons keep us safe?