ACLU-VA Statement on the Overturn of Roe v. Wade

Although expected, today’s U.S. Supreme Court decision in Dobbs v. Jackson Women’s Health Organization, which overturns Roe v. Wade, is devastating. It eviscerates long-established civil rights and puts millions of lives in jeopardy with the stroke of a pen.

When Roe v. Wade was decided almost 50 years ago, it established that every person has a right to privacy, particularly when it relates to the decision to become a parent. The Court recognized the autonomy of every woman and pregnant person to make their own choices about what was best for themselves– and this decision has remained the law of the land ever since.

But now, our nation faces a new reality where bodily autonomy and freedom to make medical decisions are not legally protected as a matter of federal law. Make no mistake: Abortion is still legal in Virginia, but this legal protection is in jeopardy as legislators attempt to roll back abortion rights every year. With the wrong people in office, these attempts may be successful. And it is Virginians and people seeking abortion services in our Commonwealth who will pay the price.

This ruling affects every person in this nation - whether they are a person who can become pregnant or the loved one of people who can become pregnant. But the burden of this decision will disproportionately hurt marginalized communities, including Black and Brown people, people with disabilities, immigrants, LGBTQ+ folks, low-income people, young people, old people, and those who live in rural areas.

Although this ruling is downright appalling, we promise you that the ACLU of Virginia will work tirelessly to ensure that: a) abortion remains safe and legal in Virginia; b) that any person who does not want to be pregnant does not have to be; and c) that no person is criminalized for not wanting to be pregnant, not being able to carry a pregnancy to term, or for assisting someone who does not carry a pregnancy to term.

We will never stop working to ensure that Virginia remains a place where women and people who can become pregnant are empowered to make choices for their lives and determine their own futures. Now is the time for Virginians to join together and fight. We’re not giving up – we're just getting started. 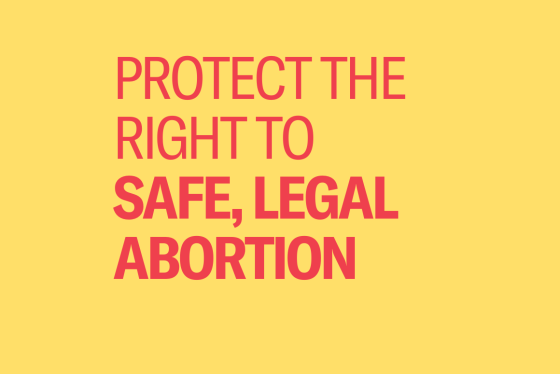 Fighting for my Nonbinary Child in Hanover County