Today, we and Marijuana Justice, along with 23 other organizations, sent a letter to Governor of Virginia Ralph Northam and Virginia lawmakers, laying out five criteria for marijuana legalization that will center racial equity and the people and communities most impacted by decades of the War on Drugs.

"Virginia has the incredible opportunity to be the first state in the South to legalize marijuana, but your job will not be complete if you don’t legalize in a way that rights the wrongs of the disparate impact the War on Drugs has had on Black and Brown communities," stated the letter. "It’s imperative that you consider legalization with a racial equity lens in order to adopt legislation of which Virginians can be proud."

The five criteria for legalization include:

We asked that lawmakers legalize possession of less than one ounce and reduce the charge for possession of one ounce to five pounds to a civil penalty, effective July 1, 2021.

Take no action that will criminalize another generation of youth.

We asked that lawmakers treat minors in possession of marijuana as “children in need of services” rather than juvenile delinquents so they may receive community-based rehabilitation. Repeal the mandatory “zero tolerance” expulsion policy for students and make “intent to distribute” when everyone involved is under the age of 25 a civil penalty.

We asked that lawmakers expunge automatically, and without cost, the criminal records of people convicted of marijuana-related felonies and misdemeanors. For people with felonies, the waiting period should be reduced from five to three years. The process for conducting resentencing hearings for those currently incarcerated should start on July 1, 2021. The onus for expungement should be on the state – not on the people who have already been unfairly punished.

Ensure that impacted people and communities have access to the new legal markets.

We asked that lawmakers set aside 50% of the licenses for social equity license holders. Regulators should only be allowed to consider convictions that occurred within the past three years at the time of application--not seven, as currently written--and only those related to running a business. Last, close the employer loophole that qualifies businesses that have 10 or more employees and have a certain percentage of employees that have been impacted by the War on Drugs, or are family members of an impacted person or who come from an impacted community, to qualify for a social equity license. We believe that all license holders, both social equity licenses and non-social equity licenses, should be owned by Virginia residents. We believe we should limit vertical integration to only micro-businesses. Banning vertical integration will allow more Virginians the opportunity to compete in the market, rather than a few people with full vertically integrated licenses to profit big.

Implement meaningful and specific reinvestment in the communities harmed by marijuana prohibition.

We asked that lawmakers commit 70% of marijuana excise tax revenues to the Cannabis Equity Reinvestment Fund, allowing them to do meaningful work in impacted communities and set social equity license recipients up for success. Of that 70%, 35% should fund the Virginia Cannabis Equity Business Loan Fund. 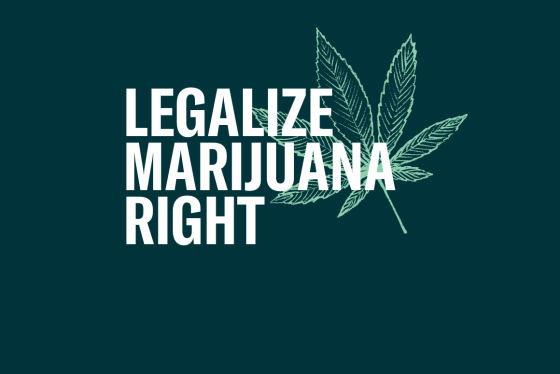 ACLU-VA Statement on the Overturn of Roe v. Wade