This op-ed was originally published in the Washington Post on April 24, 2020.

Recently, governors in Virginia, New York, California, Florida and other states announced proudly that people being held in prison were being tasked to make products to help address shortages brought on by the government's failure to prepare for or respond quickly to the novel coronavirus public health crisis.

In Virginia, people in our prisons are being tasked with manufacturing masks for themselves and Virginia Department of Corrections (VDOC) staff to help keep the coronavirus out of the more than 40 state correctional facilities that are at highest risk during the current public health crisis. These masks are being made at Virginia Correctional Enterprises (VCE) plants that are part of a revenue-producing program in which incarcerated people are paid little to produce profits that benefit taxpayers.

The ACLU of Virginia joins the call to end the exploitation of the labor of people living in prisons. Not everything that may be legal is right.

Slavery and involuntary servitude were abolished by the 13th Amendment when it was ratified in 1865. This is among the most expansive amendments, as it is enforceable against private parties, not just state actors. It also applies to all individuals – without respect to race, national origin or citizenship status - in the United States and its territories. What is little known or understood about the amendment, however, is that prison labor is argued to be an exception to the prohibition against slavery. The amendment explicitly preserves slavery or involuntary servitude as authorized "punishment of a crime."

Congress has broad authority under the amendment to eradicate the "badges and incidents of slavery." Because Congress failed to use this authority to address the inequities of Jim Crow and Reconstruction, discrimination rooted in our dark history has now become institutionalized in our criminal legal system.

Laws that criminalize poverty – ranging from loitering to panhandling – or drug use disproportionately affect communities of color, particularly when they are enforced with biased-based policing. Inequities in access to counsel, lack of opportunity to access bail, ballooning fines and fees and other systemic gaps that affect conviction and sentencing further exacerbate these disparities.

It is this disproportionately Black prison population that is providing the labor to make the masks to protect Department of Corrections staff and themselves from covid-19, the disease caused by the coronavirus. These individuals don't make the minimum wage or enjoy the workplace protections otherwise provided by law. Recent audits of VCE programs show that labor costs are about 10 percent of expenses and raise questions about the claimed benefits to people working in the programs. Whether the people are choosing to do this work or being forced to do so at risk of losing privileges or being disciplined is open to question. Not in question is that they are making these masks and other goods that are sold by the state at a significant profit, while being paid less than $1 an hour for their labor.

People who are incarcerated are an integral part of our communities. The individuals working in VCE businesses are not able to earn enough money for necessities, to pay restitution owed to victims or support their families in the community. Rather than allowing the pandemic to mask this inhumane practice, we should seize this opportunity to really see how their work is helping us to survive this crisis and take steps to ensure that people in prison are fairly treated and compensated.

The ACLU of Virginia joins the call to end the exploitation of the labor of people living in prisons. Not everything that may be legal is right. Every person who works while incarcerated should do so only willingly and in return for wages that are fair and just. These are times that call for us not to further exploit the people in prison for our purposes but to aspire to be our best selves and to work together to erase every last vestige of Jim Crow in Virginia, even if it costs Virginia taxpayers the profit from our prison industries. 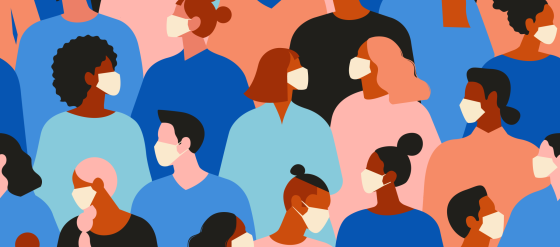 What is prison gerrymandering?

What I've learned from reading stories of abuses in Virginia prisons