Demand Commonwealth's Attorney McEachin To Drop All Charges Against Protesters

It's time for Commonwealth's Attorney Collette McEachin to show up, lead, and do the right thing, right now. Demand she drop all charges against protesters, set standards for police in calling an unlawful assembly, and make sure Marcus-David Peters' case is re-opened and gets an independent investigation.

Make sure Commonwealth's Attorney Collette McEachin hears from you. Your phone call and email are the most effective ways to add pressure.

My name is (full name), and I live in the City of Richmond. More than 200 protesters have been arrested here in the last month for simply exercising their constitutional right to free speech and assembly. They have been subjected to police aggression and violence. As Richmond's lead prosecutor it's your responsibility to bring justice to people speaking out against systemic, anti-Black racism. I urge you to stand with us by dropping all charges against protesters, setting standards for calling an unlawful assembly, reopening Marcus-David Peters' case, and appointing a special prosecutor.

It's time for you to show your support to Black Lives in Richmond City.

Step 2: Email Commonwealth's Attorney McEachin To Demand All Charges Against Protesters Be Dropped

Demand All Chargers Against Protesters Be Dropped 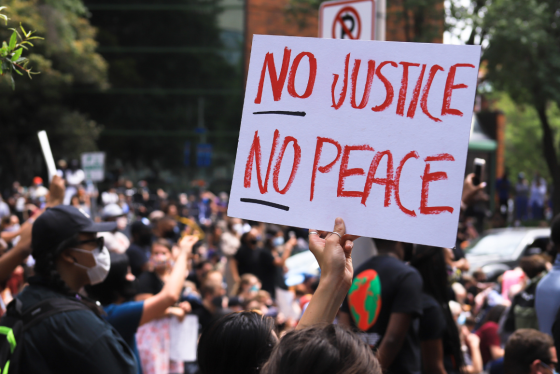 Chauvin Trial Shows Needs for Police Transformation in Virginia and...