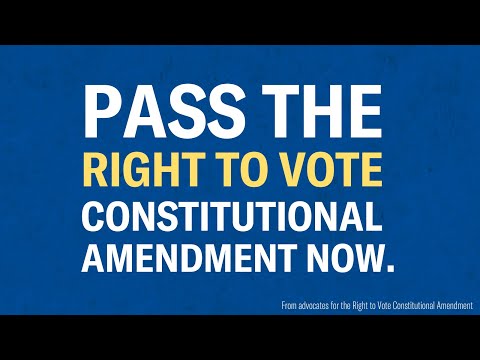 Access to the ballot box is the cornerstone of our democracy. Yet Virginia is one of two states that permanently takes away the right to vote from people with felony convictions, including those who have served their time.

These returning citizens pay taxes, are contributing members of society, and could be your neighbor. They have completed their sentence, been held accountable for their crime, and been deemed not to be a threat to public safety, yet have a lifetime ban on voting.  That’s double jeopardy – punishing people for crimes for which they’ve already paid their debt. Taking away the right to vote should never be used as a punishment for crime.

Currently, people with a felony conviction only have one way to gain access to the ballot box –through a governor’s restoration of those rights. This is a power that both Republican and Democrat governors have used to restore rights to thousands of returning citizens. But the process is cumbersome and inconsistent and could be eliminated by future governors.

It’s time to guarantee the Right to Vote for people who have served their time. Here’s how we do that:

Legislators need to vote on the same amendment - SJ 1 in the Senate and HJ 9 in the House with the exact same language that passed during the last General Assembly.

The amendment goes on the November 2022 election ballot so the people can vote.

It’s time for Virginia to turn practice into law.  We do that by:

What You Can Do

A.What You Can Do