It's Time for Virginia to Completely Repeal Prohibition on Marijuana

This blog post was originally published in the Richmond Times-Dispatch on Dec. 7, 2019.

Pending changes in Virginia’s legislature have everyone in the advocacy community making wild guesses as to what might be possible when the General Assembly reconvenes in January. Pent-up demand for positive change is real. The question remains: How much change is possible in one 60-day session?

On the matter of marijuana law reform, the ACLU of Virginia is all in. It is time to go beyond incremental decriminalization proposed by some — simply changing criminal sanctions to civil penalties — and legalize possession and use.

Last year, nearly 29,000 people were arrested in Virginia for possession of marijuana — a misdemeanor crime punishable by up to 30 days in jail and a $500 fine. That’s up three-fold from a decade before, according to Virginia State Police statistics, even as more states have scaled down their wars on drugs and adopted systems of legalized possession and sale.

Across the commonwealth, black people are 3.4 times more likely to be arrested for simple marijuana possession (rates are much higher in some locales), according to ACLU research. Most of those convicted don’t see the inside of a jail on first offense possession, but more people of color do get jail time, and being arrested for possession can be the first event in a lifetime of entanglement with the criminal legal system. Further, even the smallest drug crime on one’s record can jeopardize housing, employment and even child custody, especially for women and people of color. And, whether criminal or civil, even a small fine can be a big deal to many.

Pretextual stops for alleged marijuana violations remain a major issue in racially disparate law enforcement. Police too often say, “I smelled pot,” as a reason to stop and frisk, often leading to unrelated charges for which there otherwise would be no probable cause. Black people are far more frequent targets, as evidenced by data made public from Charlottesville that showed blacks were five times more likely than whites to be subjected to that practice from 2014 to 2019.

Past attempts to address this injustice have focused mostly on “decriminalization” of marijuana possession, using a structure that would still include a civil penalty. This approach still vests police with enforcement powers often used to “justify” stops based on a real or purported odor, so this approach does nothing to protect people of color from being targeted unfairly.

Many decriminalization proponents say they actually favor legalization but worry about the devil in the details. Hand-wringing over how to license and regulate growers, distributors and retailers, and how to tax the product miss the point, however.

All of that should happen, but there is no reason to delay removing marijuana possession and use from the criminal code completely, making it legal to possess and use marijuana now and eliminating this racist policing tool.

Most arguments against removing all sanctions from possession rely on fear mongering, not fact. Opponents say, “Oh, so I could just drive around high with my kids in the car then?” Of course not. Operating a motor vehicle under the influence of marijuana (or any drug or alcohol) is illegal now and would continue to be, just as it is to drive drunk — even though alcohol is legal for those over 21 to possess and consume.

It is true this approach could be a little messy. When Washington, D.C., first made it legal to possess small amounts of marijuana and even grow it in one’s home, it didn’t also legalize a way for people to buy it, leaving an illicit black market in place.

But it didn’t create that market; it exists now. Lawmakers there were correct to leap the biggest hurdle first — legalizing the plant — and then figure out the rest, instead of the other way around.

Whatever posture the Virginia legislature takes toward reforming the criminal legal system more broadly, it should not delay taking action to bring some racial justice to our system by taking away from law enforcement a tool it has wielded disproportionately in minority communities and, particularly, against black Virginians.

There would be a clear and immediate civil rights benefit to striking simple marijuana possession from the criminal code and making it legal to possess up to several ounces for personal use. We urge action to legalize it now and study regulation later. Incrementalism will hold us back on this important issue. 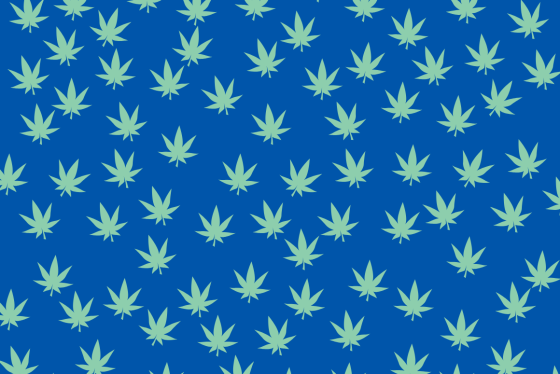