The ACLU of Virginia, Attorney General Mark Herring, along with multiple advocacy organizations, lawmakers, and communities across Virginia, have joined the call for our state to examine its pretrial system to ensure that people are not being subjected to unnecessary and costly pretrial detention.

It is time to restore the presumption of innocence to our criminal justice system and end the practice of holding people in jail who have not been convicted of a crime and are not a demonstrable risk to public safety. Scrutiny of pretrial practices in Virginia is long overdue; though little public information exists about statewide pretrial outcomes, what we already know is deeply troubling. We believe that pretrial justice starts with transparency.

Virginia’s pretrial detention rate has been on the rise for decades. In fact, the most common outcome for those who come through Virginia’s pretrial system is outright detention (26 percent of people), followed by release conditioned on paying money (18 percent of people), often in amounts that are out of reach. Unnecessary pretrial detention exposes people to harsh conditions of confinement that forever alter their life outcomes.

Unjust pretrial detention affects us all. People in jail are cut off from important life functions like working, caring for their families, or accessing medication to maintain their mental or physical health. For anyone already struggling, being jailed pretrial can mean sliding further into desperate circumstances. Studies show that unnecessary pretrial detention makes some people more likely to break the law once released.

People are innocent until proven guilty and entitled to due process. We believe in the Constitution and the due process protections it affords to all accused people. We also believe strongly in the presumption of innocence. Pretrial detention forces many people — regardless of guilt or innocence — to take a plea just to get out of jail so they can return to their lives. People denied pretrial release or held on an unaffordable bond face an impossible choice: languish in jail waiting for their day in court or give up their rights by pleading guilty just so they can go home. No one should have to make that choice.

“Bail reform,” as this movement is known, is attracting rightful attention across the country. However, lessons from other states’ attempts at “bail reform” show that there is no quick fix for pretrial systems that have been broken for years. In Maryland, where lawmakers focused primarily on eliminating cash bail, early results show an increase in the number of people being detained outright. Clearly, the complexity of pretrial decision-making requires a full understanding of all the failed practices and procedures that contribute to unnecessary pretrial detention.

Virginia does not collect or report data concerning statewide pretrial outcomes. As a result, the current process leads to unnecessary pretrial detention, punctuated by racial and economic disparities. Without consistent data collection and reporting on the full range of pretrial decisions, we will not be able to create laws that address these problems or move us closer to justice and away from costly, unnecessary, and often unfair detention.

For all these reasons, we fully support Del. Jennifer Carroll Foy’s pretrial transparency bill HB 2121, as well as Sen. Jennifer McClellan's SB 1687, which will allow us to better understand the pretrial experiences of everyone involved in the Virginia criminal justice system- from types of release conditions like bond or pretrial services, to length of incarceration, including racial and economic demographics. As drafted, this bill would promote an unparalleled level of transparency and accountability in the state’s criminal justice system and arm policymakers, researchers and everyday people with pertinent information about the issues that are plaguing the system. It will allow for informed consideration of policy change and strengthen the state’s efforts to provide support to the many Virginians who are criminalized instead of given access to the support they need to live healthy productive lives. Join us in our call for the Governor, Lt. Governor and every member of the General Assembly to support these bills.

Below are all the organizations and lawmakers who have signed on to this effort:

League of Women Voters of Virginia

Resource Information Help for the Disadvantaged and Disenfranchised

We Need Data on Pretrial Detention in Virginia 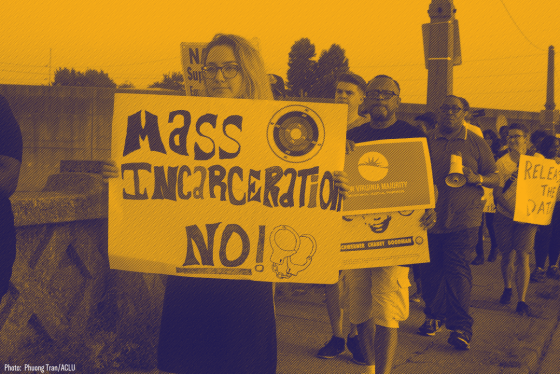 Lawmakers Should Vote No on Symbolic Marijuana Legalization Bill